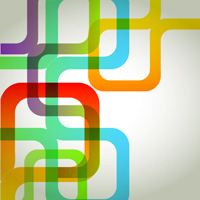 Sheldon Pontaoe serves as Associate General Counsel at Elanco, the former Eli Lilly and Company affiliate providing solutions for enhancing animal health. Maintaining responsibilities as head of legal operations and trademarks, he manages a multi-million dollar budget and a one of the largest trademark portfolios in the animal health industry. Sheldon Pontaoe assumed his current position in 2018, and since then his accomplishments included representing Legal in a cross-functional strategic review that helped the $3 billion company undertake a successful initial public offering.

Mr. Pontaoe initially joined Lilly in 2015 as an outsourced corporate counsel, leading the integration of the trademark portfolio of the recently acquired Novartis Animal Health into Elanco Animal Health. His tenure also saw him draw on his expertise to advise Lilly and Elanco on the $885 million acquisition of the Boehringer Ingelheim Vetmedica US vaccines portfolio. Mr. Pontaoe previously spent eight years with Novartis and its affiliates, where he oversaw multi-million dollar budgets and managed some of the largest and most valuable trademark portfolios in the human pharmaceutical industry.

Sheldon Pontaoe holds a juris doctor from New York Law School and a bachelor of science in marketing from the University of Southern Indiana. Active in his field, he belongs to the International Trademark Association, the National Asian Pacific American Bar Association, and the Dallas-Fort Worth chapters of the General Counsel Forum and the Association of Corporate Counsel. His memberships also included the Pharmaceutical Research and Manufacturers of America, where he leverages his professional skills previously to chair the Trademark Focus Group.